Murdo Fraser was born in Inverness in 1965 and educated at Inverness Royal Academy and thereafter at Aberdeen University, where he studied law. He worked as a solicitor in Aberdeen and Edinburgh, and prior to his election to the Scottish Parliament was an associate with Ketchen & Stevens WS in Edinburgh, specialising in commercial law. Murdo first became active in politics at Aberdeen University. He held office as Chairman of the Scottish Young Conservatives from 1989 to 1992, and thereafter became the first Scot to be elected Chairman of National Young Conservatives, a position he held for one year from 1991.

In the 1999 Scottish Parliament Election, Murdo stood as the Conservative candidate for North Tayside, and fought the constituency again at the 2001 General Election. He became a Member of the Scottish Parliament in August 2001 following the resignation of the previous List Member for Mid-Scotland and Fife, and was re-elected in 2003, 2007, 2011 and 2016. Murdo was Deputy Leader of the Scottish Conservatives from November 2005 to November 2011, and is now the Shadow Cabinet Secretary for Finance. In the last session of Parliament he was Convenor of the Economy, Energy and Tourism Committee. In the 2016-21 session of Parliament Murdo is Deputy Convenor of the Finance & Constitution Committee.

Murdo is a patron of the Scottish Asian Pakistani Foundation and of the Conservative Christian Fellowship, a member of the Scotland-Malawi Partnership and a former Board Member of Dundee University Students' Association. Publications include The Blue Book: Scottish Conservatism in the 21st Century (2006), and The Rivals: Montrose and Argyll and the struggle for Scotland (Birlinn, 2015).

Murdo lives in Perthshire with his wife and two children. His interests outside politics include hillwalking (he has climbed Kilimanjaro and more than half of Scotland's 284 Munros), football, classic cars, travel, and Scottish history.

Murdo Fraser MSP wants the Scottish Government to acknowledge the strength of public feeling of those who oppose a plan to effectively bury the historic site of Killiecrankie Battlefield as part of the A9 dualling project.

The Health Minister has slammed NHS Tayside over its handling of the closure of the Bridge of Earn GP surgery, and told Murdo Fraser MSP how she had decided to raise the matter “directly” with the health body.

Murdo Fraser MSP is supporting a campaign to find more foster carers and adopters this Christmas after learning that 130 children will enter the care system during the 12 days of Christmas.

Scottish Conservative politicians have welcomed an announcement from BEAR Scotland that one lane of the St Madoes flyover should be re-opened by the end of this week.

Scottish Conservative politicians have slammed a decision by the Scottish Government to tax full business rates on independent schools, stating it could cost jobs.

Scottish Conservative MSP Murdo Fraser has backed a motoring organisation who have called on the Scottish Government to fit sensors as soon as possible to detect ice forming on cables on the Queensferry Crossing.

Murdo Fraser MSP has highlighted the need for action to be taken against wild campers following the latest shocking incident where a conservation officer caught people emptying motor home toilets into Loch Rannoch. 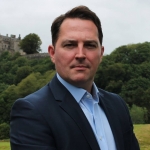 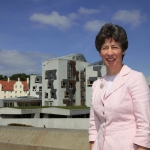 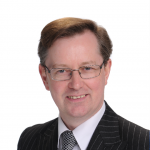 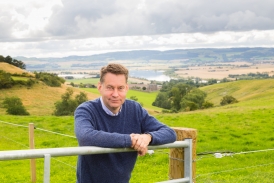