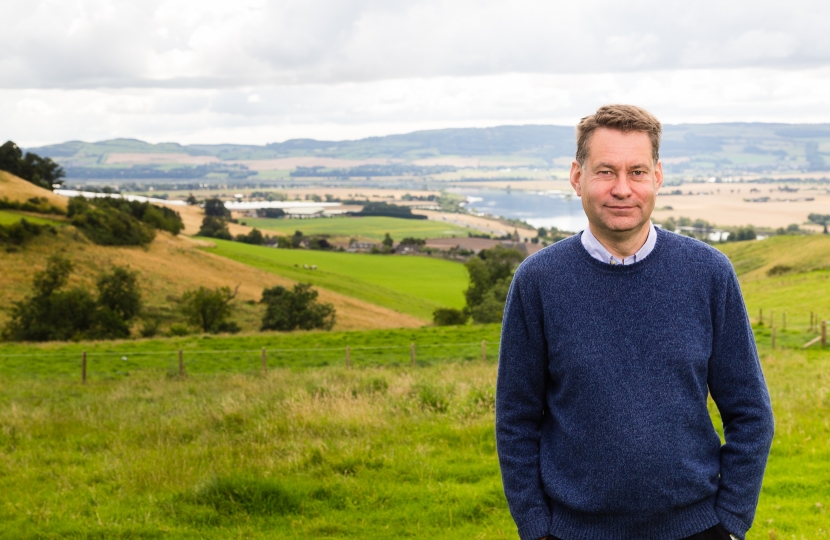 Scottish Conservative MSP Murdo Fraser has called on the Scottish Government to find a long-term solution to the problem of ice falling from the cables of the Queensferry Crossing. Yesterday (Monday), eight vehicles were damaged by ice falling from the bridge’s cables and with the ravages of Storm Ciara still being felt, Transport Scotland has said the Crossing may not re-open until Wednesday, causing massive disruption to thousands of vehicles. Mr Fraser, who represents the Mid Scotland and Fife region, said he would like the Scottish Government to examine other methods – used in other countries – which may prevent the build-up of ice on the bridge’s cables.

The politician had raised the issue with Transport Minister Michael Matheson last October. This followed three vehicles having their windscreens damaged by falling ice on the Crossing in March last year. Commenting, Mr Fraser said: “The closure of the Queensferry Crossing overnight and during Tuesday not only caused severe disruption to constituents of mine from Fife trying to get to work in Edinburgh and the Lothians, and those going in the opposite direction, but also added substantial costs to businesses throughout the east of Scotland making and awaiting deliveries, with drivers having to make substantial detours.

“At least that way drivers could be warned of the risks, because as it stands a serious accident could well have resulted.”

He continued: “Better still would be to find a long-term solution to the problem – looking at what has been done elsewhere in the world, with, for example, heated wires being installed along the cables to prevent ice build-up.

“We can’t afford to see a repeat of the chaos we have seen over the past 24 hours. This is an issue that should have been dealt with before now, and the Scottish Government need to get it sorted.”

And Liz Smith MSP, who also represents the Mid Scotland and Fife region for the Scottish Conservatives, added: ““This is an extremely worrying situation for commuters in Fife, many of whom have already had to put up with some of the worst train services in Scotland.

“We know from the previous problems on the Queensferry Crossing the extent of the detrimental effects on the local economies in Fife and Lothian and yet the Scottish Government appears incapable of addressing the problem.”

The Business Secretary, Alok Sharma, wrote for The Sun on Sunday thanking workers and businesses for their support during the coronavirus pandemic.