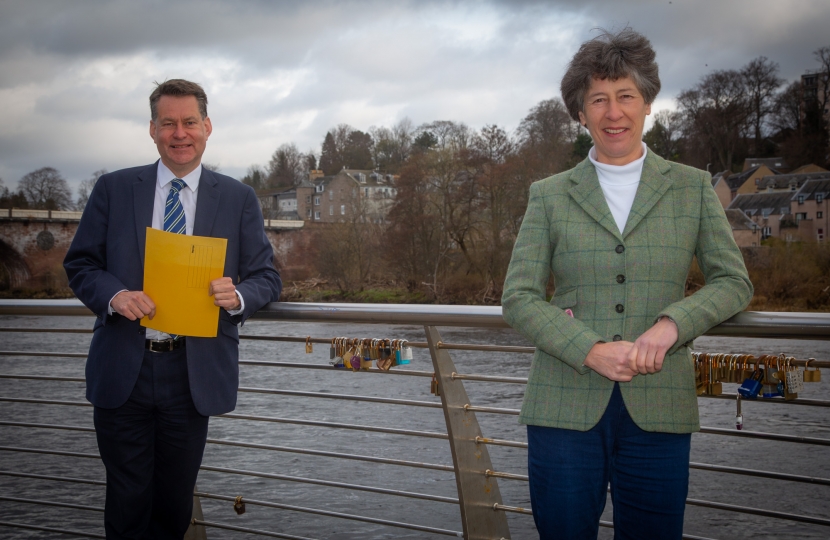 Scottish Conservative politicians Murdo Fraser and Liz Smith have expressed their disappointment that the Justice Secretary is “washing his hands” of the problems facing officers with proposed changes to Perth Police’s custody suite.

The Mid Scotland and Fife MSPs were reacting to a reply from Keith Brown MSP to their joint letter, in which they raised their concerns over the plan by Police Scotland to class the custody suite at Perth Police Station as an ‘ancillary’ rather than a ‘primary’ site, thus effectively leading to it not being manned.

Police Scotland has said the facility will be available ‘as and when required’ but it will not be manned as it was previously.

Commenting, Mr Fraser said: “To read that the Justice Secretary is washing his hands of this problem is very disappointing indeed. In his reply to our letter, he has said that proposed  changes such as this are ‘operational matters’ for the Chief Constable of Police Scotland.

“In our meeting with the Scottish Police Federation, they spelt out to us in great detail what the impact these changes could have on their officers and their ability to be on the front line. For example, they cited cases of transfers of those held in custody to Dundee or Stirling, or even Dalkeith, which would remove two officers from any other shift they were supposed to be on within 24 hours.

“This would be a total waste of police resources.

“We feel strongly that the move may have several unintended effects which will have a detrimental impact on police officers’ decision-making - when deciding to take an individual into custody. This would almost certainly result in fewer resources being deployed in the right place,”

And Liz Smith added: “I appreciate that the COVID-19 pandemic has resulted in a temporary decline in the use of custody centres. However, I am very concerned that these proposals have not been thought through with the long-term in mind and are not based on comprehensive evidence.

“I am bitterly disappointed in the response of the Justice Secretary as we feel he should take cognisance of the views of the Scottish Police Federation on this matter, and he has clearly not done so.”