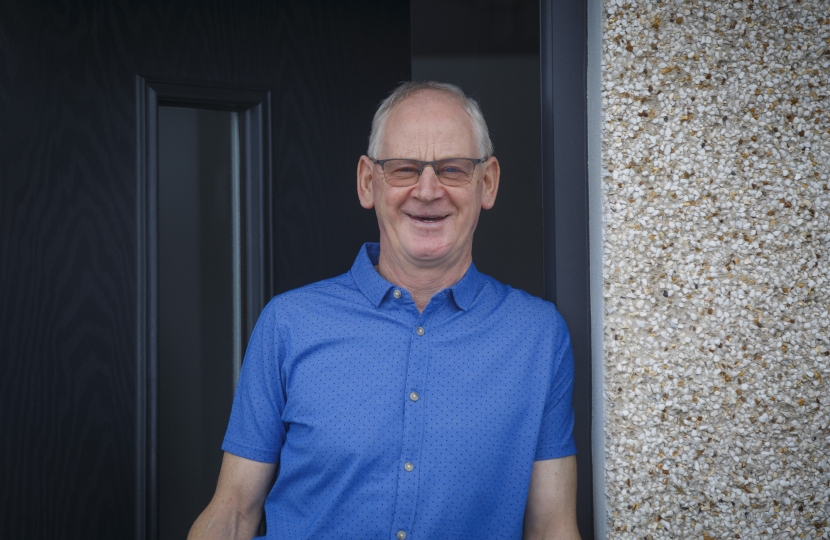 Local Conservatives have celebrated their victory in the Almond and Earn ward by-election on Perth and Kinross Council, taking a seat held previously by the SNP.

The by-election was caused by the recent sad death of SNP councillor Henry Anderson. The winner was Conservative candidate Frank Smith from Methven, who received 51% of the votes cast, winning outright on first preferences with no need for transfers from other Parties.

The result strengthens the presence of the Conservative minority administration on the Council, increasing to 18 councillors out of a total of 40, with the SNP group reduced to 14.  It also means that the Conservatives have a clean sweep of all three councillors in the Almond and Earn ward, with Frank joining sitting members Kathleen Baird and David Illingworth.

Responding to the result, Frank Smith said: “It is a great honour to be elected to serve my local community on Perth and Kinross Council, and I would like to thank all those who voted for me.

“One of my main priorities is to tackle fly-tipping which has become a major problem in the Almond and Earn area. I also want to help the hospitality sector as much as I can, in a bid to attract visitors to this area when it is safe to do so.”

Perthshire South and Kinross-shire Parliamentary candidate Liz Smith added: “I would congratulate Frank on his outstanding victory and look forward to working with him to represent the people of the Almond & Earn ward.

“With the Holyrood election just a few weeks away, it is clear that the momentum is with the Scottish Conservatives in Perthshire. People want an alternative to a scandal-ridden SNP Government obsessed with breaking up the UK and are increasingly attracted to a Conservative message focused on rebuilding Scotland, our economy and public services, and rejecting another divisive independence referendum”.