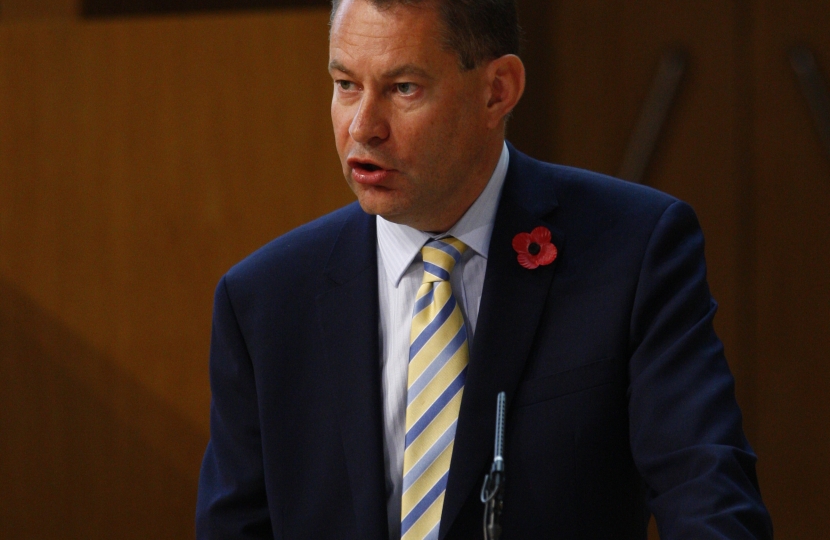 Murdo Fraser MSP has described the four-year delay in rolling out the North contract of the SNP Government’s flagship R100 Broadband programme as “absolutely shocking” and has stated it will have a massive detrimental impact on residents and businesses in Perth and Kinross.

The devastating announcement was made last week by Connectivity Minister Paul Wheelhouse, when he revealed that the £384 million ‘North’ contract will not be completed until 2026 – it had previously been targeted to finish by 2022.

Perth and Kinross is covered by both the North and Central R(Reaching) 100 contracts.

Commenting, Mr Fraser, who represents the Mid Scotland and Fife region, said: “This announcement is absolutely shocking – an utter disgrace. Yet again, we see this SNP Government letting the people of Scotland down.

“They had promoted the R100 Broadband programme as their ‘flagship’ project and initially promised access to full-fibre broadband across the whole of Scotland would be done by the end of this year. However, the truth of the matter is that the SNP are good at talking about promises but more often than not fail to deliver them, as they have clearly done with this part of the programme.”

Mr Fraser continued: “Complaints from constituents about slow broadband or no access to broadband are still one of the biggest issues I have to deal with in my mailbox. We have many residents and businesses in Perth and Kinross who require fast, reliant broadband. Plus, the pandemic has changed some working practices for many people and we could well see more residents and businesses working from home and needing reliable broadband in future years.

“I know many of them will share my disgust on hearing that the ‘North’ R100 Contract will now not be completed until 2026. This is just not good enough in this day and age.

“The SNP had claimed this contract would show the commitment from them in terms of their broadband roll-out, but how wrong they were. It is time for a Government in Scotland that can focus on the needs of the country, instead of spending time fighting internal civil wars and covering up sleaze amongst its MPs and MSPs.”