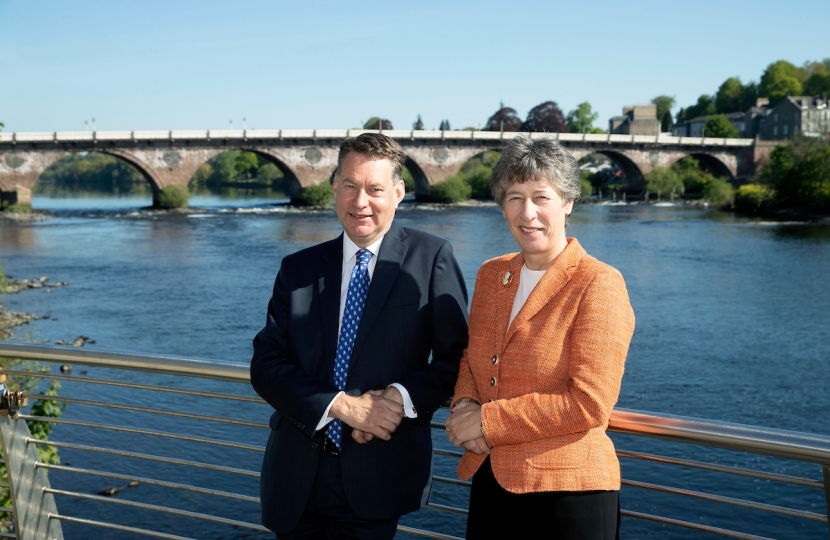 Scottish Conservative politicians Murdo Fraser and Liz Smith have welcomed the Chancellor’s summer statement, which will provide a massive boost for hospitality and tourism in Perthshire and Fife.

The MSPs, who both represent the Mid Scotland and Fife region, were reacting to the measures announced in Rishi Sunak’s ‘UK Government’s Plan for Jobs,’ announced on July 8, which will see a cut in VAT to 5% for goods and services supplied by the hospitality and tourism sectors; an Eat Out to Help Out scheme, which will encourage people to return to eating out by entitling every diner to a 50% discount of up to £10 per head on their meal and a Job Retention Bonus worth £1,000 for every furloughed employee who is kept on.

And the Chancellor also announced a landmark £2 billion Kickstart Scheme, which will create hundreds of thousands of new jobs for young people at risk of long-term unemployment.

Mr Fraser and Liz Smith feel these measures will be very beneficial to hospitality and tourism in Perthshire and Fife and called on the Scottish Government to follow the Chancellor’s move to cut stamp duty.

Rishi Sunak revealed the threshold at which buyers would pay the levy would increase temporarily to £500,000.

Commenting, Mr Fraser said: “These announcements are just what is needed in Scotland and across the UK and will provide a massive boost for hospitality and tourism in Perthshire and Fife.

“The tourism industry is worth more than £10 billion to Scotland’s economy, and these measures announced by the Chancellor are vital to the economic recovery of hospitality and tourism in Perthshire and Fife.

“Thanks to the measures announced, the Scottish budget will increase to £800 million.

“But we need the Scottish Government to amend its equivalent Stamp Duty scheme – Land and Buildings Transaction Tax (LBTT) – which is more punitive than the UK system.

“The Scottish Government need to take action to address this anomaly and match the Stamp Duty cuts south of the border.”

And Liz Smith added: “The Chancellor’s statement is very welcome news indeed for Scotland, and in particular to the hospitality and tourism sectors in Perthshire and Fife – these measures will provide great relief to them during this difficult time.

“Once again, this massive funding shows the benefit of being in the Union. It is summed up by the UK Government having now spent more than £12 billion to support Scotland through Covid-19.

“This includes £4.6 billion in Barnett consequentials, nearly £5 billion in furlough payments, nearly £1 billion on the self-employed income support scheme, plus over £2 billion in business loans and benefit increases.”