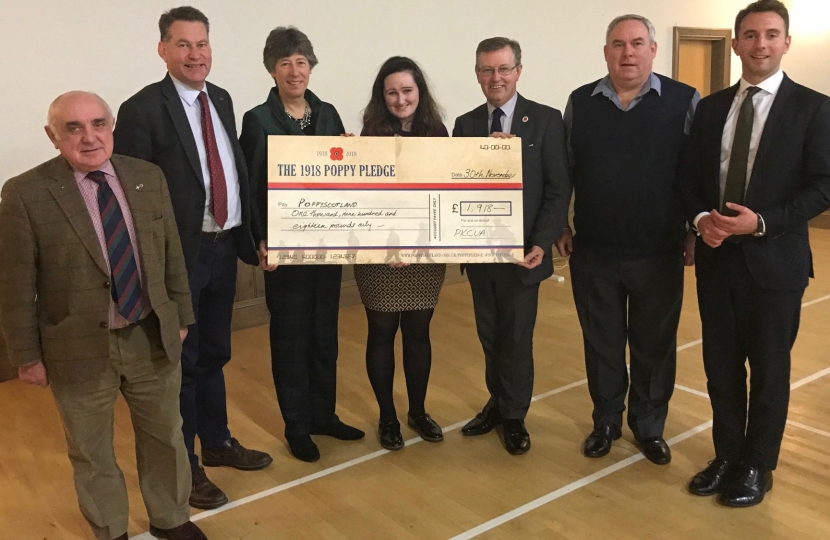 Mid-Scotland and Fife MSP, Liz Smith, has delivered a bumper cheque to Poppy Scotland at a recent event commemorating the First World War.

Craighorn was chosen as its height is the closest to 1918ft in the Ochil and South Perthshire constituency.

The donation was presented at an event in Madderty Village Hall where the Provost of Angus, Cllr Ronnie Proctor, gave an illustrated talk about the Black Watch’s contribution in the Great War.

“The Poppy Scotland 1918 Pledge has already raised life-changing amounts for veterans in need and I was delighted to present a cheque worth £1918 to the charity.

“No family across Scotland was left untouched by the Great War and in helping raise money with my parliamentary colleagues I hope we have done our part to help veterans in need during a very poignant year for Poppy Scotland.

“Friday’s event was well attended and Cllr Proctor’s talk helped illustrate how important  the contribution of the Black Watch was during the Great War.”