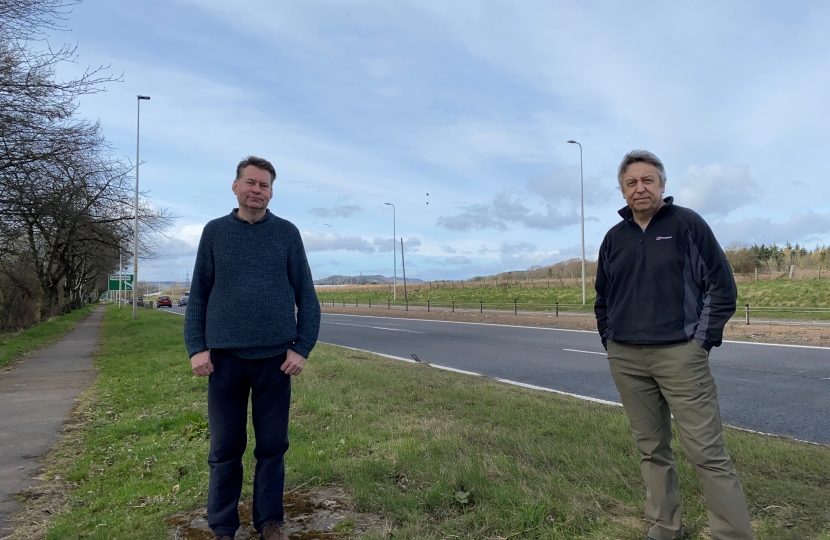 Scottish Conservatives have acknowledged that there will be a forthcoming road safety audit on the A90 Perth to Dundee road in the summer but have highlighted the need for it following a number of accidents that have taken place in recent years.

Murdo Fraser, Scottish Conservative Parliamentary candidate for Perthshire North and Councillor Angus Forbes, Convenor of Perth and Kinross Council’s Environment Committee, were both reacting to the findings that reveal there have been 57 accidents on the road from January 1, 2017, to October 30 last year.

The details were provided by Transport Scotland through a Freedom of Information request by the Scottish Conservatives.

In addition, Transport Scotland has confirmed in a written response to Mr Fraser, that there will be a road safety review of the A90 Perth to Dundee road taking place between July and August.

Commenting, Mr Fraser said: “The announcement from Transport Scotland that there will be a further review of the road safety of the A90 Perth to Dundee in the summer is welcome. However, the statistics shown in the FoI underline just how important it is to have this road safety audit.

“Fifty-seven accidents in three years is a high number for a dual carriageway and it emphasises what we have been saying about the majority of motorists not being aware that they are no longer travelling on a motorway when they drive over the Friarton Bridge on their way to Dundee or further north/north-east.

“Most motorists will be travelling at 70mph or more in some cases, and then be confronted with the likes of a slow-moving tractor or a bus pulling into a bus stop, so we believe there needs to be better signage to warn people of issues like these.

“The safety review of the A90 Perth to Dundee road may well stress that there needs to be the introduction of signs and perhaps might suggest other measures which could help road safety, so it will be interesting to read its recommendations.”

And Councillor Forbes, who represents the Carse of Gowrie ward, added: “I was pleased that Transport Scotland responded favourably to Mr Fraser’s request. This is a fast and busy road and the number of accidents that have taken place have been a concern to me and my constituents.

“We will be holding Transport Scotland to their commitment as the year goes by.”