Anne Jarvis was elected as Councillor for the Strathtay Ward in 2017.

Anne writes: "I was pleased to have been elected to serve Strathtay. I was told repeatedly that this was an area that had been neglected. So, I have worked extensively with the communities representing their hopes and aspirations within the council.

“I always act in the best interests of everyone in Strathtay.  Both rural and urban areas' voices are heard loudly in the Council chamber.

"The SNP government have kept Scottish Councils short of money, today there is still £155 million given by Westminster to Scotland to help councils deal with the costs of the Corona virus pandemic. This money has not reached councils and Perth and Kinross Council is having to use its own funds at this time. This is a double whammy .

"From Almondbank to Dunkeld, communities are suffering from over development. I was very pleased to vote for the administration motion which regulates the number of houses that can be built in  a community. Poorly drafted legislation for planning and development means councils can only give an indication of how many houses can be built. This means that developers always apply for the top figure and it is very difficult to keep to a reasonable figure even having passed the motion.

“I look forward to continuing the fight to put the focus back onto our community.

“When elected I had 6 priorities for Strathtay, overdevelopment, trying to stop Holyrood experimenting with our children’s education,  minimising  the Council Tax burden on family budgets despite the SNP government reducing council funding year on year, calling for better broadband in rural areas, listening to small communities and ensuring they are well represented and, finally, opposing a second divisive independence referendum.

“Good progress has been made on some of my priorities but there is still much to do.” 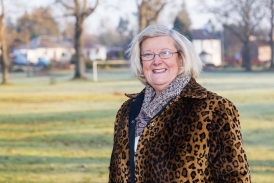