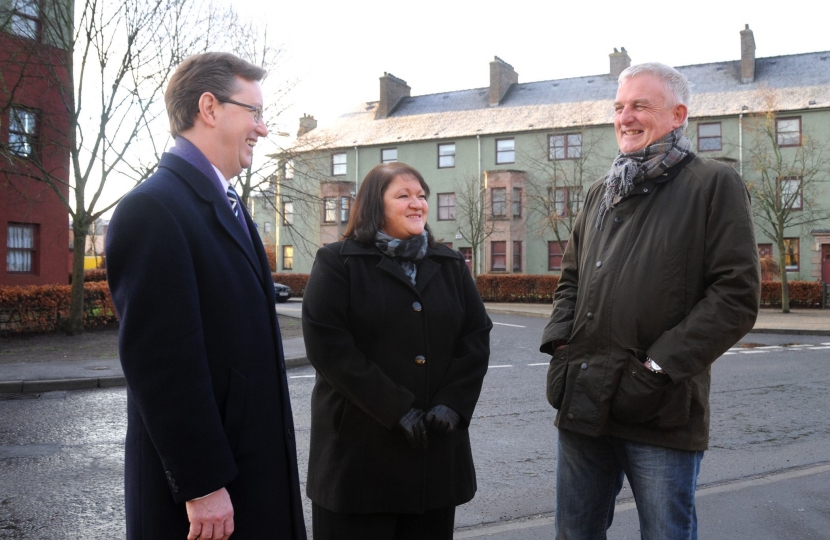 Councillor Stewart, who represented the area from 1999 to 2007 and continues to be a supporter of the area, was keen for Ms Clark to meet with the Director of Fairfield Housing Co-op Grant Ager and his staff at their office in Fairfield.

“I continue to be greatly impressed by the level of success that the co-op achieves and I pay tribute to Grant and his staff for their continued commitment to the area and its housing needs.”

“Nowadays, it is most unusual to see such a strong community spirit and it is testimony to the residents and indeed the staff and management of the co-operative, that Fairfield is such a success story.

I know from experience that it is often difficult to get people involved in any kind of group activity, we all seem to have such busy lives, but Fairfield have bucked the trend and it is great to see so many people willing to participate in making Fairfield a vibrant and inclusive place to live.

Under the current economic climate, it is imperative that affordable housing is available in Perth and Fairfield ticks all the boxes. I wish them continued success for the future.”