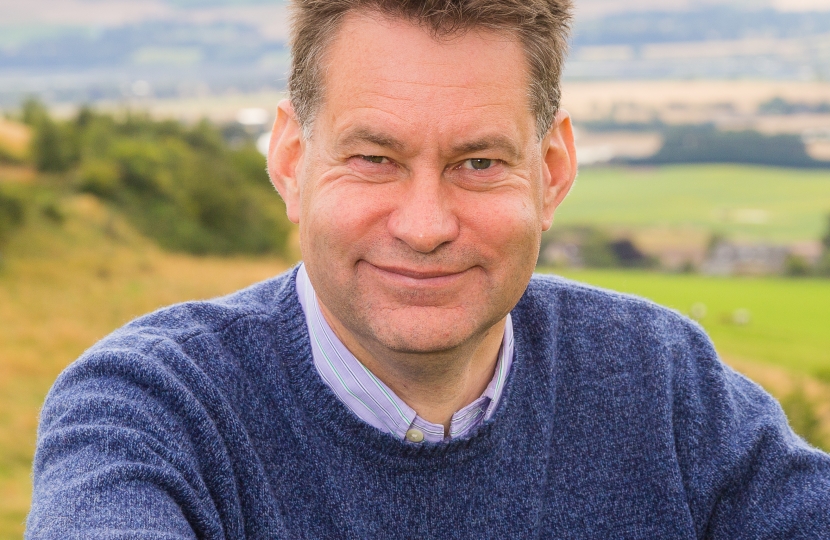 Scottish Conservative MSP Murdo Fraser has welcomed an assurance from the Health Minister that she’ll look into urology patients having to wait longer than a year to get an appointment with NHS Tayside.

The politician raised the issue with Jeane Freeman today (Thursday) at the Scottish Parliament after two constituents had contacted him to say they had been told it would take 60 weeks to wait for an appointment in the urology department of NHS Tayside.

Commenting, Mr Fraser said: “The Health Minister told me the average waiting time for a urology outpatient appointment was 32 days at NHS Tayside but I have been told by two separate constituents in the past few weeks who were told they would have to wait 60 weeks to see a specialist urologist in NHS Tayside, which is frankly ridiculous.

“For people who are having to deal with a painful and sometimes distressing condition, a wait of a year and two months is too long and totally unacceptable.

“I asked the Health Minister if she could address this problem with NHS Tayside and was pleased to hear she would look into each respective constituent case I have.”

Mr Fraser continued: “It is not good enough having people waiting for these length of times – it caused them unnecessary anxiety. Hopefully this matter will now be properly addressed with the help of the Health Minister.”