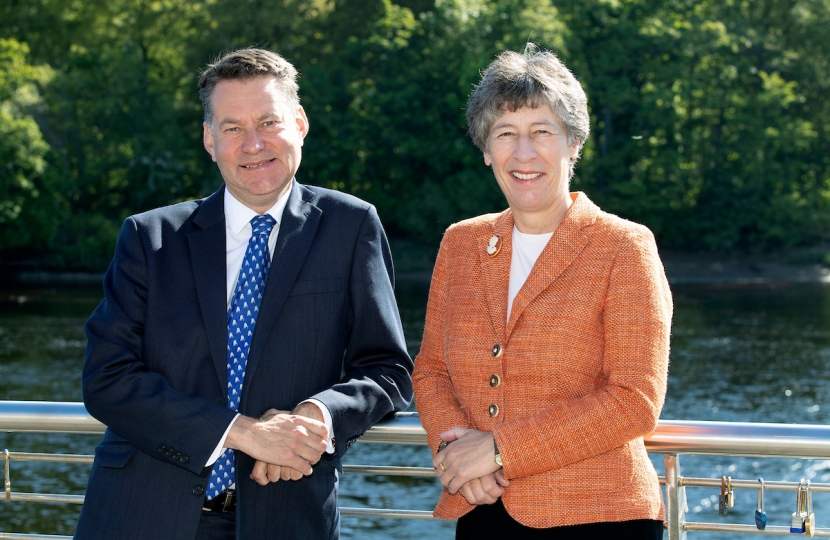 Scottish Conservative MSPs Liz Smith and Murdo Fraser have expressed their delight at the historic signing of the Tay Cities Deal, with the move providing huge economic benefits to Perthshire and Fife.

The politicians, who both represent the Mid Scotland and Fife region, were commenting following leaders from Perth and Kinross Council, Dundee City Council, Angus Council and Fife Council signing the deal in an online ceremony.

It is a deal between these councils, the Scottish and UK Governments, along with the business and higher and further education sectors.

Scottish and UK Governments have each pledged £150 million towards the deal, and it’s expected to draw a further £400 million of investment.

Commenting, Liz Smith MSP said: “The signing of the Tay Cities Deal is a historic day and one that is warmly welcomed. It will have far-reaching economic benefits to Mid Scotland and Fife and shows the importance of the Scottish and UK Governments working together, as the public increasingly wants to see.”

“The Tay Cities Deal will create more than 6,000 jobs in a range of sectors, including tourism, food and drink, creative industries, environment, digital, decommissioning, engineering, biochemical, forensic science and health and social care.

“Many key commitments that will benefit from the Deal include £26.5 million for St Andrew’s University’s sustainable biomass energy plant in Guardbridge. Investment would see the development of derelict buildings on this site to create technical/innovation centres of excellence, which would place the industry alongside academic research facilities, as well as creating a synergy that would generate 500 high-skilled jobs and stimulate economic growth in the region.

“It will also help fund vital projects like the Cross Tay Link Road in Perth and Innerpeffray Library, near Crieff, and will create thousands of jobs in Perthshire.”

And Mr Fraser added: “The signing of the Tay Cities Deal marks a positive way forward for many projects, including plant research at the James Hutton Institute in Invergowrie, and the investment will also help develop the revamp of Perth City Hall and the building of the Cross Tay Link Road.

“The Deal is a pivotal moment for all concerned and will provide a massive economic boost to Mid Scotland and Fife. It has to be lauded.”