Murdo works up a sweat for Poppy Scotland Appeal 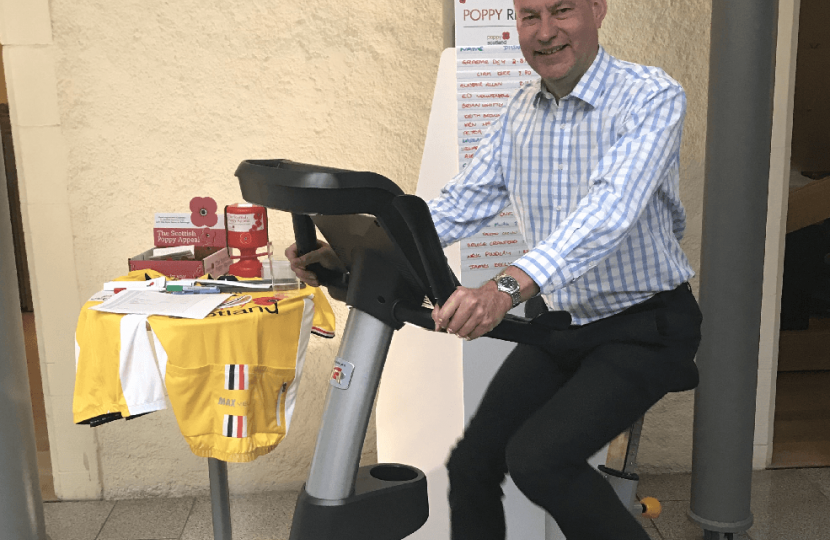 Mid-Scotland and Fife MSP, Murdo Fraser, has worked up a sweat for Poppy Scotland during their 2018 Poppy Appeal cycling event in the Scottish Parliament.

Poppy Scotland held their second ever Scottish Parliament Poppy ride this week with politicians getting the opportunity to cycle on a static bike for four minutes in an attempt to cover as much distance as possible.

The Poppyride is an attempt to raise awareness of this year’s poppy appeal. Poppy Scotland provides life-changing support to our Armed Forces community and each year raises more than £2million in November to support soldiers and their families.

“Each year the Scottish Poppy Appeal raises life-changing sums of money for our armed forces and the generosity of people across Scotland during the Poppy Appeal helps sustain a number of important services.

“In pedalling 2.75km today I hope to raise awareness of the appeal as we approach Remembrance Sunday.

“Politicians are used to being hot under the collar in Holyrood but today it was for the right reasons as we pedalled the extra mile for Poppy Scotland.”