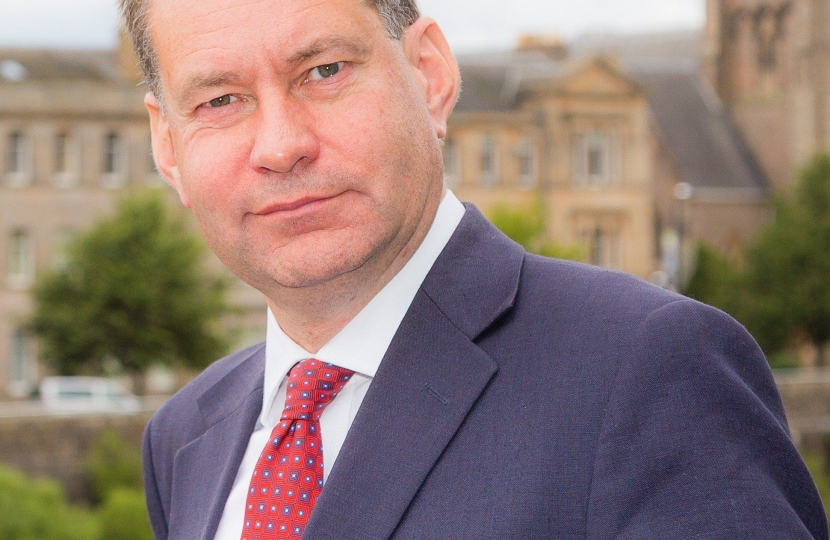 Scottish Conservative MSP Murdo Fraser is delighted with the introduction of a parking appeals system - launched today - that should clamp down on unscrupulous private parking companies.

The politician, who represents the Mid Scotland and Fife region, has been pushing for an independent appeals service for some time and feels this has been met by the launch of PoPLA (Parking on Private Land Appeals service) across Scotland.

The move, rolled out by the British Parking Association, will allow motorists to appeal Penalty Charge Notices (PCNs) that have been issued in private car parks. It follows Sir Greg Knight’s Parking (Code of Practice) Act 2019 recently coming into force.

Commenting, Murdo Fraser said: “Many people have received PCNs from companies like Smart Parking in Perth and there has been a call to look at the situation in Scotland in order to provide better protection for those parking on private land.

“I have been pushing for this to be introduced - to have an appeals system in Scotland that mirrors systems in England and Wales.”

He added: “I am delighted that we are seeing this at last with the launch of the PoPLA in Scotland today. It will go a long way to challenge unfair PCNs handed out by private parking firms.”

The British Parking Association have said they feel the launch of PoPLA will benefit the people of Scotland as it will deliver fairness in the management of parking on private land.

Mr Fraser has long highlighted his concerns on the matter and published a Private Members’ Bill in 2017. This called for an independent appeals system and a cap on fines.

Mr Fraser agreed to halt his own Bill after Scottish Government officials assured him it would be covered in forthcoming legislation. He has had on-going discussions with the Transport Minister, Michael Matheson MSP, regarding progress on the Transport (Scotland) Bill as he is still keen to see keeper liability being introduced in Scotland.