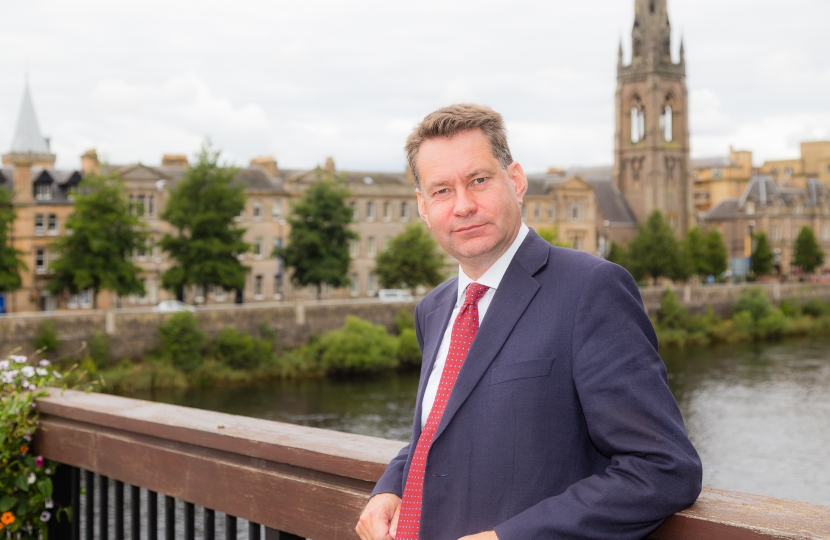 The councillors voted to scrap a school meals plan which would have led to savings of around £500,000 for the local authority, roughly the equivalent of 12 teacher salaries. Mr Fraser, who represents the Mid Scotland and Fife region, believes this decision could have an impact on the whole schools’ programme for the Aberfeldy and Pitlochry areas. He has been contacted by several parents of pupils at Breadalbane Academy concerning the delivery of S5 and S6 classes at Pitlochry High School. Senior pupils from Pitlochry currently attend Breadalbane Academy in Aberfeldy.

The Breadalbane Academy Parent Council has organised the Save Our Subjects public meeting which will take place on October 22 at Aberfeldy Town Hall. Mr Fraser, who has confirmed he will attend the meeting, feels Perth and Kinross Council have been put under pressure through the actions of the opposition councillors.

Commenting, Mr Fraser, said: “I have been contacted by a number of parents of Breadalbane Academy pupils who have expressed concerns about the future of the senior school.

“I will be attending the public meeting in Aberfeldy on October 22. I have always been supportive of parents in Pitlochry who wanted to see an enhancement in senior school provision in their school. But this should not be done at the expense of subject choice at Breadalbane Academy.”

He continued: “The vote by the SNP/Independent group on Perth and Kinross Council to scrap the administration’s school meals plan will have a huge impact on matters, as it would have

meant savings of around £500,000 to the council’s Lifelong Learning Committee budget – the equivalent of 12 teachers’ salaries.

“Unfortunately, this will now put substantial pressure on the whole schools’ programme across Perth and Kinross, including in Highland Perthshire.

“The SNP in Government have slashed the core funding for local authorities across Scotland. They need to look at their funding levels for education if we are to see schools in Perthshire properly supported.”