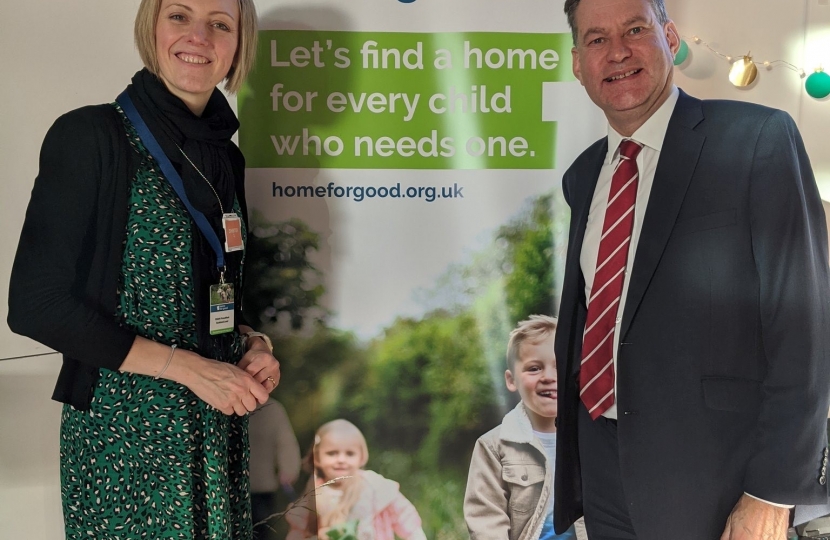 Murdo Fraser MSP is supporting a campaign to find more foster carers and adopters this Christmas after learning that 130 children will enter the care system during the 12 days of Christmas.

At an exhibition in the Scottish Parliament, the Scottish Conservative politician met with the charity leading the call, Home for Good, and pledged to support vulnerable children in Scotland.

Commenting, Mr Fraser, who represents the Mid Scotland and Fife region, said: “Home for Good told me that in the 12 days of Christmas, 130 children will enter Scotland’s care system. Christmas is a time of the year when family matters most and a time when lots of us think about our plans for the future, so I am asking residents to consider supporting this very worthwhile campaign.

“Home for Good’s statistics show that there are around 11,000 ‘looked after’ children in Scotland, and that just 14% of these are cared for in residential settings.

“I was delighted to pledge my support to this campaign.”

Explaining the idea behind the campaign, Eilidh Proudfoot, Home for Good’s Scotland, lead, added: “We started the exhibition with a tree full of decorations – each one representing a child – but by the end of our time in Parliament, these decorations had been taken away and in their place was a signed pledge hanging on the tree instead. It was just so encouraging to see so many MSPs pledge their support and see the tree change shape.”

The charity invited MSPs to pledge their support for this campaign, and for vulnerable children in our Nation, by signing a bauble shaped tag to hang on the exhibition’s Christmas tree. In return, they were given one of 130 decorations from the tree.

A child classified as ‘looked after’ in Scotland includes all children looked after by a local authority, including some who remain living at home with their parents.

Home for Good is a fostering and adoption charity inspiring more people to step forward to become a foster carer/adopter.