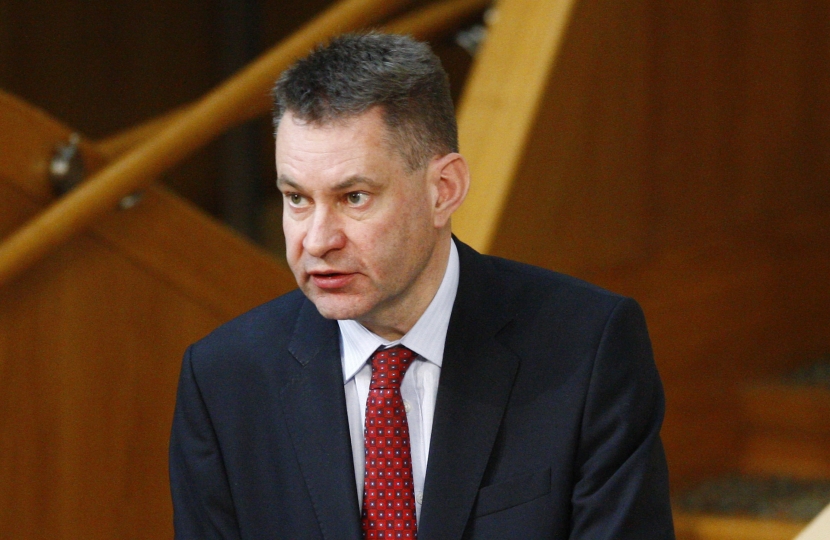 Scottish Conservative MSP Murdo Fraser has said that fitting ice sensors on the Queensferry Crossing is not the “long-term solution.”

The politician, who represents the Mid Scotland and Fife region, said the move will alert engineers to the dangers posed by ice on the bridge’s cables, but has underlined his view that the SNP Government should be looking at other methods used elsewhere such as heated wires being used to prevent ice build-up.

Mr Fraser was reacting to the announcement that work will take place this weekend to fit the sensors on the Queensferry Crossing. Traffic will be restricted to one lane on the bridge from 10pm until 5am on the evenings of July 31, August 1 and August 2 to allow the work to be carried out.

Commenting on the decision to install the ice sensors, Mr Fraser said: “Fitting ice sensors to the Queensferry Crossing is not the long-term solution. The sensors will allow warnings to be given regarding the build-up of ice which could see a repeat of the bridge being closed, as it was in February, to potentially avoid accidents with ice falling on to car windscreens and damaging them.

“However, this is not the long-term solution. The SNP Government should be looking at other methods, used in other parts of the world, such as heated wires being fitted to prevent the build-up of ice.”