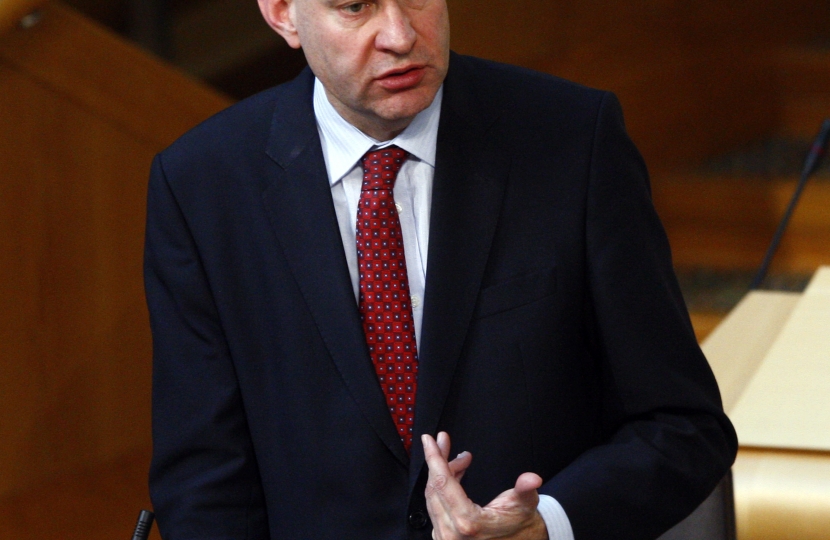 Murdo Fraser MSP has said he understands why no decision has been made yet on whether the Stone of Destiny will return to Perth but has stressed it would be helpful to get some certainty.

It is hoped to have the historic Stone brought back to Perth, where it would become the centrepiece of a new visual arts museum being created in the former building of Perth City Hall.

Mr Fraser, who represents the Mid Scotland and Fife region for the Scottish Conservatives, wrote to First Minister Nicola Sturgeon in her role as one of the Commissioners of the Regalia, back in February to ask when a decision would be made.

Commenting, Mr Fraser said: “Understandably there has been no word on whether the Stone of Destiny will come back to Perth due to the SNP Government dealing with the outbreak of Covid-19.

“However, it would be good to get certainty on the issue. Already, we are seeing businesses such as Argos close in Perth City Centre due to the impact of the lockdown and many more are struggling financially.

“I understand that businesses and shops are going through very difficult times just now so the promise of the Stone of Destiny coming back to Perth could make a real difference to business confidence locally.”

A group of four Scottish students broke into Westminster Abbey on Christmas Day in 1950 and removed the Stone of Destiny from King Edward I’s Coronation Chair.

The Stone was recovered some months later in Arbroath Abbey and then returned to Westminster Abbey. It remained there until 1996, when the then Scottish Secretary, Michael Forsyth, arranged for its transfer to Edinburgh Castle.