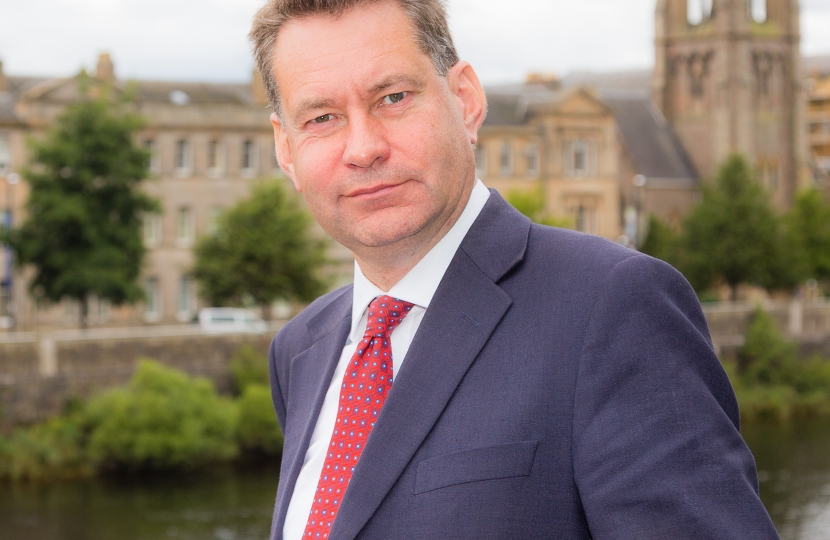 Murdo Fraser MSP is calling for a more positive outlook on the future of Perth city centre, citing the likely economic boost that will be generated if the Stone of Destiny becomes the centrepiece of the re-developed Perth City Hall. The Scottish Conservative politician, who represents the Mid Scotland and Fife region, feels the reaction of some to the announcement made earlier this week that independent retailers Beales had gone into administration has been too negative.

Mr Fraser strongly believes the revamped Perth City Hall could enjoy a major economic boost akin to the V & A if it is decided to bring the historic Stone of Destiny back to the city and for it to feature as the arts venue’s main focal point.Commenting, he said: “There’s been talk of a crisis since the Beales announcement was made, but I feel the point should be made that Perth city centre is not in a poor shape – there are lots of excellent independent retail shops so we should focus on them.

“And it must be emphasised how important the re-development of Perth City Hall will be to the local economy, especially if the bid to have the Stone of Destiny as its main feature is successful. We’ve seen the massive £75 million boost for the Scots economy caused by the impact of the V & A in Dundee and Perth could experience a similar scenario.”

Mr Fraser continued: “Government at all levels can do a lot to help the situation. The Perth City Hall project has seen £10 million invested by the UK Government through the Tay Cities Deal. The economic boost of Perth City Hall could be massive, with thousands of visitors coming to the city.

“The Scottish Government could help by reviewing business rates, as the Scottish Conservatives have asked for in our Budget submission.

“Perth runs some of the most successful events of any local authority in Scotland bringing in valuable trade to retailers particularly over the Christmas period and the free parking initiative is much appreciated by retailers.

“Let’s not talk Perth down.  Yes, there are challenges to be faced, but many local traders in Perth are very optimistic about the future of the city centre, so let us all see what can be done to support them.”