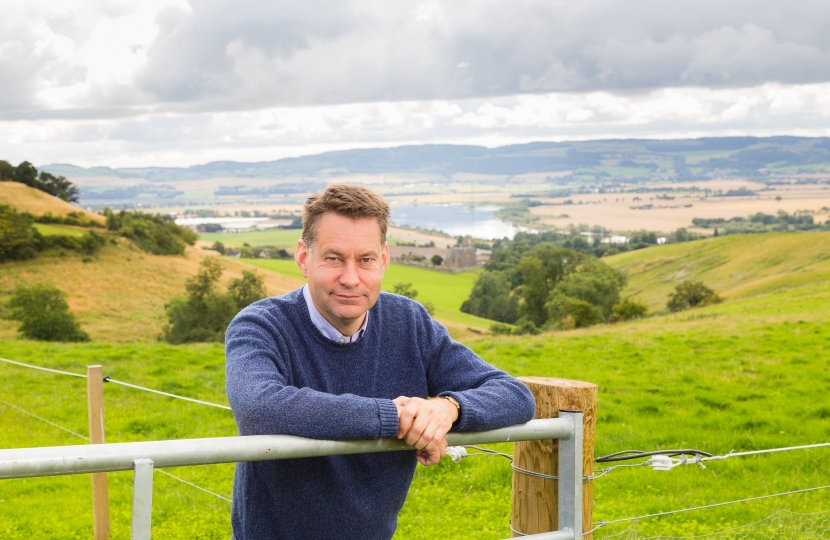 Murdo Fraser MSP wants the Scottish Government to acknowledge the strength of public feeling of those who oppose a plan to effectively bury the historic site of Killiecrankie Battlefield as part of the A9 dualling project. This has been underlined by more than 30,000 people viewing a video on the controversial proposal ahead of a public inquiry due to start today (Monday). The inquiry will focus on Transport Scotland’s plan to turn the nearby section of the A9 into a dual carriageway, and effectively obliterate much of what remains of the battle site, burying it under tonnes of concrete, tarmac and earthworks.

“I firmly believe that the plan to extend the A9 dual carriageway on the south side of the road will result in the loss of the historic site of the Battle of Killiecrankie. Last July saw the 330th anniversary of the battle, which was won by the Jacobites.

“You get a sense of what it must have been like during the battle when you stand on the site of where the Government lines were. However, this may all be about to change.

“There is an alternative suggestion to extending the A9 dual carriageway on the south side – and that is to widen it to the north. However, Transport Scotland seem set to push on with their preferred route.”

Mr Fraser added: “There will be several groups represented at the public inquiry, including those from the Soldiers of Killiecrankie, The Scottish Battlefields Trust and the Blair Atholl Area Tourism Association. These groups have all objected to this plan so it is good that their views will be heard at the inquiry and considered by the Scottish Government.”