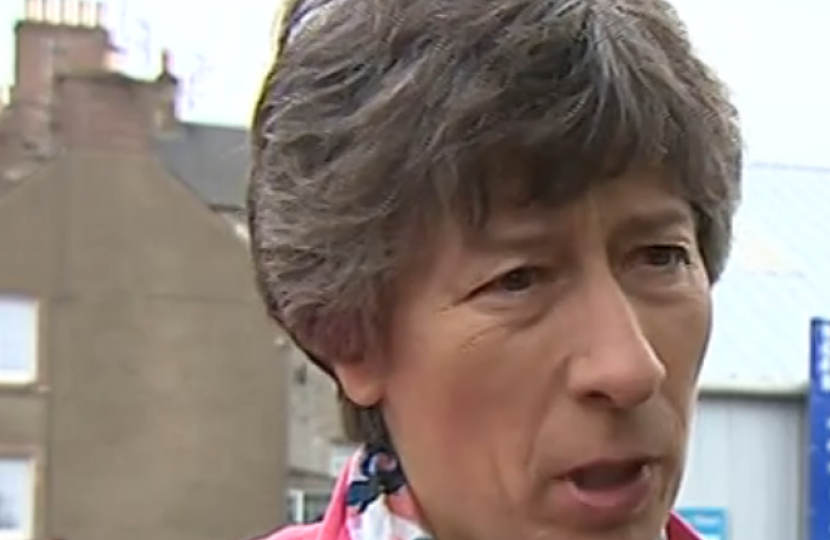 Scottish Conservative MSP Liz Smith has praised the University of St Andrews for its important role in helping to develop greener trains.

The politician, who is the Shadow Cabinet Secretary for Environment, Climate Change and Land Reform, believes the roll-out of hydrogen fuel cell technology on passenger rolling stock is “the way ahead” for the country’s rail industry as it looks to use clean transport options in future.

The University of St Andrews will take part in phase 2 of the Zero Emission Train Project, which is being led by Scottish Enterprise and Transport Scotland.

Commenting, Liz Smith MSP, who represents the Mid Scotland and Fife region, said: “This is an exciting time for the University of St Andrews to be involved in this innovative project which will see a redundant ScotRail Class 314 electric multiple-unit train equipped with hydrogen fuel cells – this is the way ahead for Scotland’s rail network.

“It is planned to be the centrepiece of the global COP 26 conference, set to take place in Glasgow in November 2021.

“The announcement that the University of St Andrews will be working on phase 2 of this project follows on from £300,000 being invested in a new hydrogen accelerator at the University. This accelerator will encourage knowledge-sharing to support transport applications.

Liz Smith continued: “Using hydrogen fuel cells is vital as we look to a low-carbon future in terms of trying to deliver clean transport. It is innovative technology and it is great to see the University of St Andrews at the forefront of this technology, using their expertise in helping to develop it for the country’s rail network.

“I understand it is planned to demonstrate the converted train on a non-Network Rail line such as a heritage railway.”