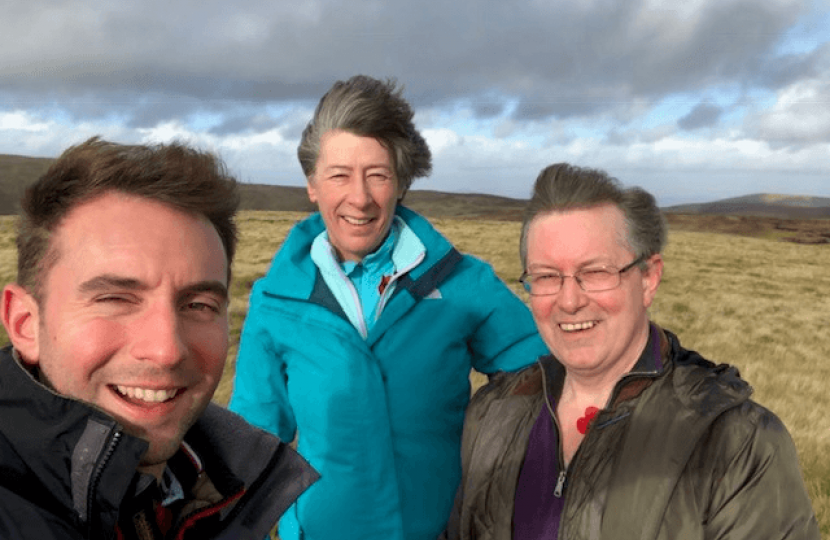 The ascent of Craighorn in the Ochil Hills was selected because its summit height is closest in the Ochil and South Perthshire constituency to 1,918ft.

The politicians will present their donation to Poppy Scotland later this month at an event being held at Madderty Village Hall where the Provost of Angus, Cllr Ronnie Proctor, will give his illustrated talk about the Black Watch participation in the Great War.

“When we heard about the Poppy Scotland 1918 Pledge we decided to make a personal contribution as elected parliamentarians and so chose Craighorn for our climb.

“Poppy Scotland, as always, inspires members of the public to be supportive of a cause that is close to everyone’s hearts. No family was left untouched by the Great War and this is just one small way of helping Poppy Scotland to commemorate all those who gave the ultimate sacrifice and support their families.”

“The Great War touched so many in our constituency, as you can see captured on the memorials in our towns and villages. Yesterday’s climb was a chance to remember all those who have given their lives for our country and to raise money for this exceptional cause.”

“It was a great privilege to climb Craighorn to help Liz Smith fulfil our collective pledge of raising £1918 for Poppy Scotland, in recognition of the centenary of the signing of the Armistice100 years ago.

“There was scarcely a single person unaffected by the Great War and it is only right that we pay tribute and remember not only the many who fought and died in this awful conflict but their families and loved ones. Their memory shall not grow old.”